The instrumentbot is built based on the EFA robot as the starting point and then replaced the original Arduino UNO board of another two controller boards — ESP32 and Bela board for each version. The programming languages of these boards are Arduino and Pure Data respectively. There are also three new features added to the instrumentbot — remote control via WiFi(TCP/IP), a moving eye ball controlled by two servo motors and a speaker playing sine waves with several frequencies generated by Pure Data. These extra features make it more interesting to audiences to manipulate the robot intuitively by themselves.

The idea is that the instrumentbot can go around by itself with its wheels just like a scary ​boy’s head attached to a spider body in the “​Toy Story” animation, creating an unusual artificial monster. It then plays the electrical sound while it detects the changing axis of the audience’s moving smartphone by receiving OSC data coming from any OSC application of the smartphone via its WiFi dongle, which makes it look like as if it was a live creature as well as making this moving instrumentbot be controlled remotely. Wekinator, which is an useful machine learning toolkit, is then used here to accurately output which axis of the moving smartphone is and then sends that axis class to Pure Data to control a speaker, two servos and two DC motors on the Bela board.

Figure 1. Images above show both inside and outside of the moving instrumentbot. 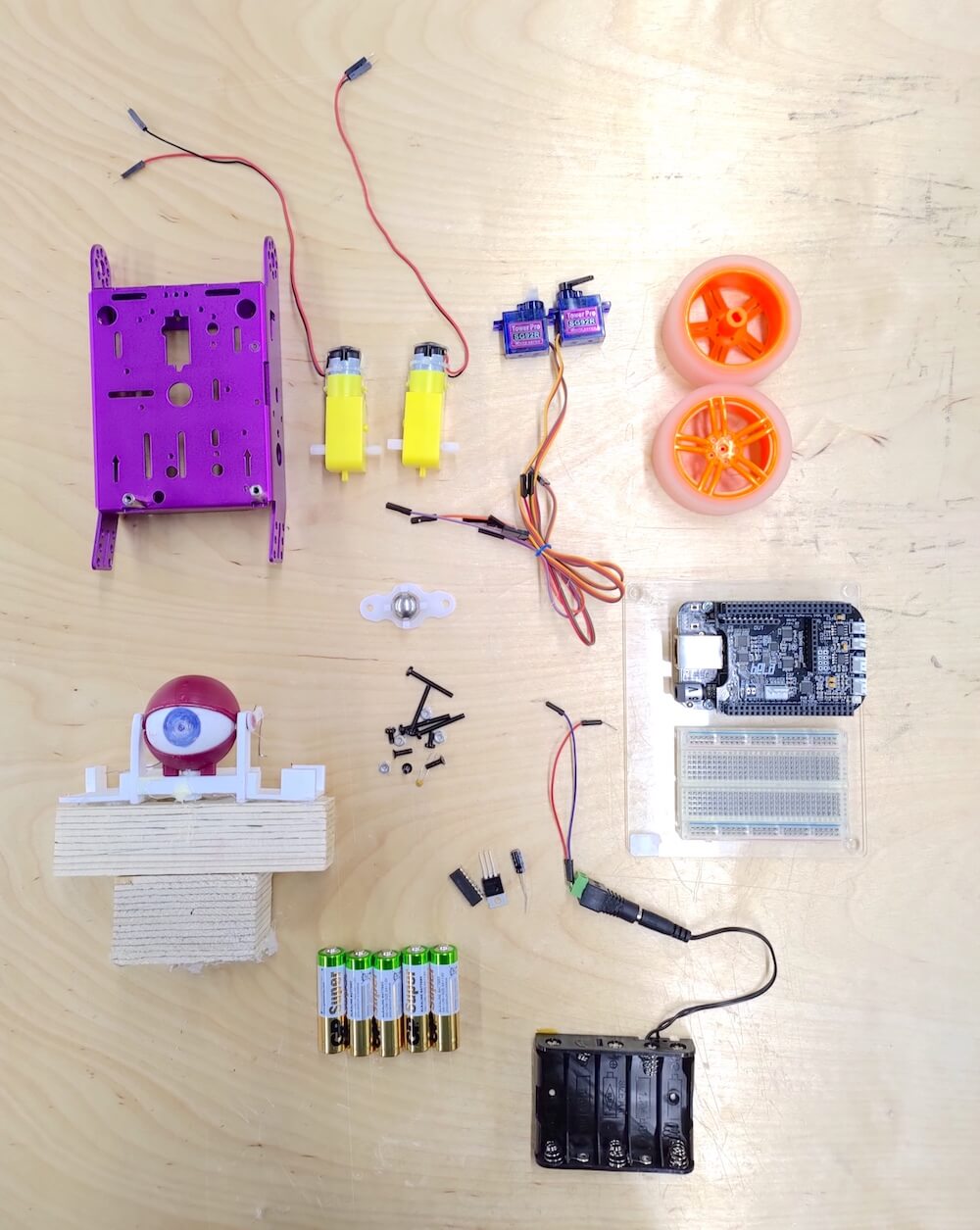 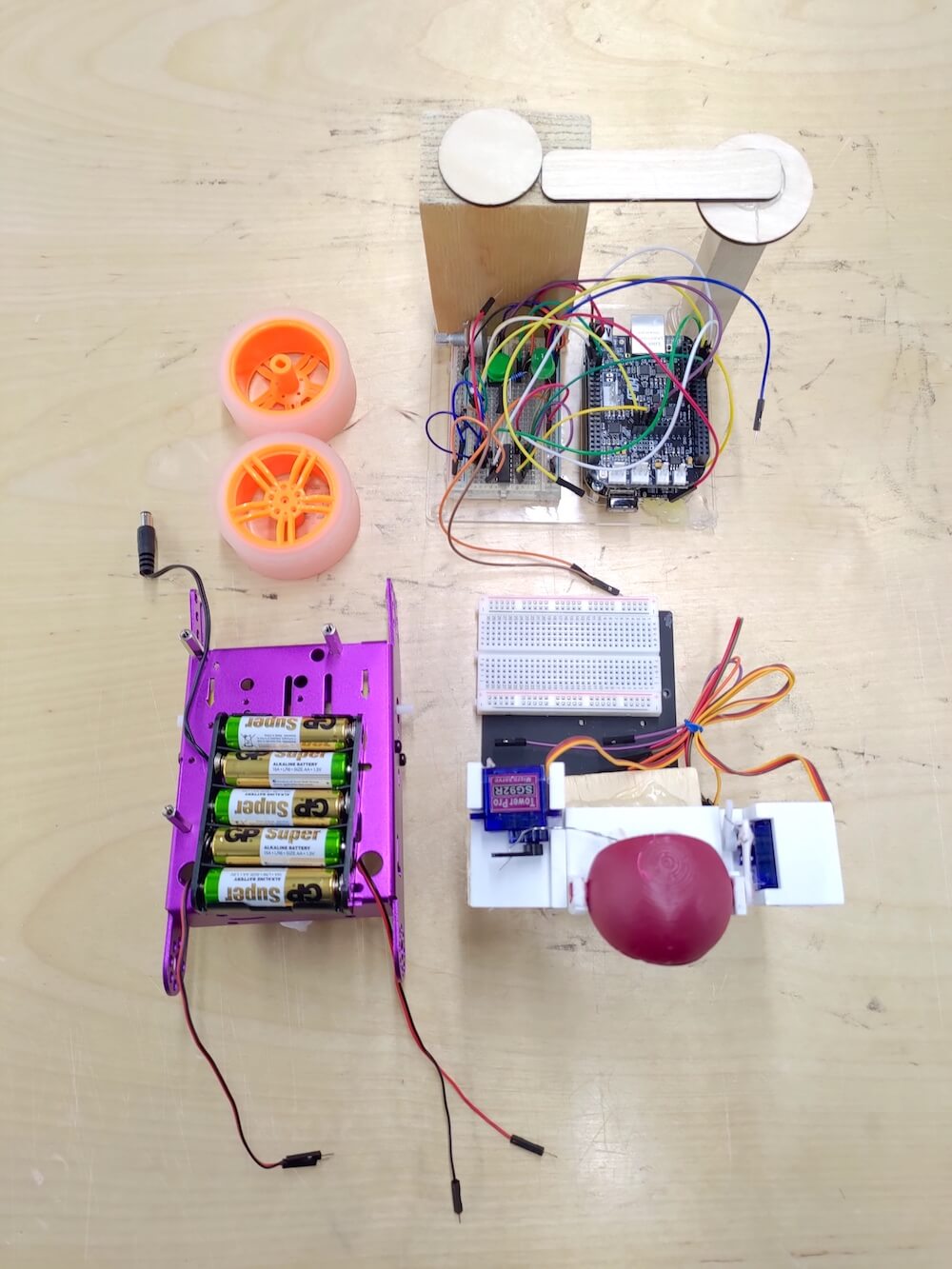 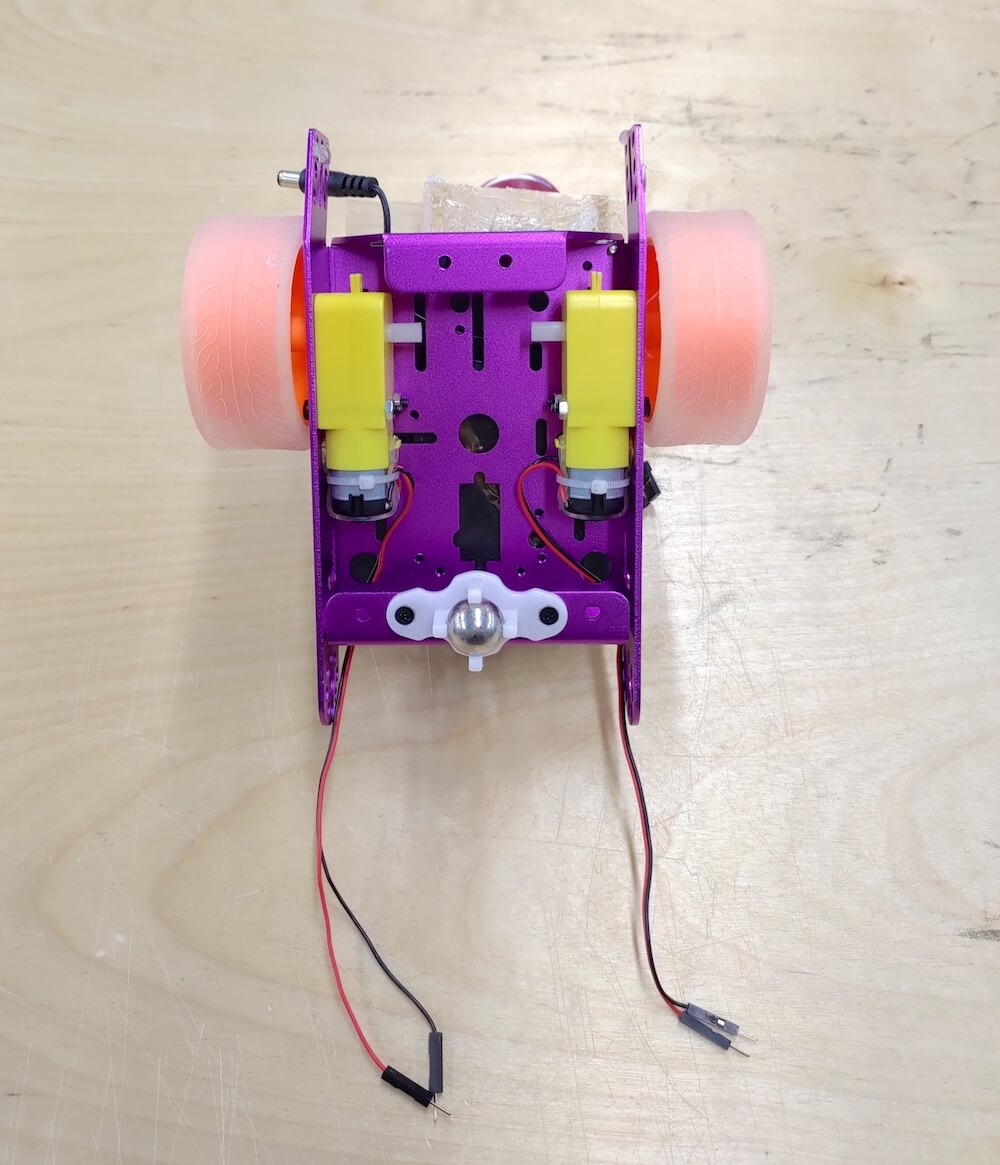 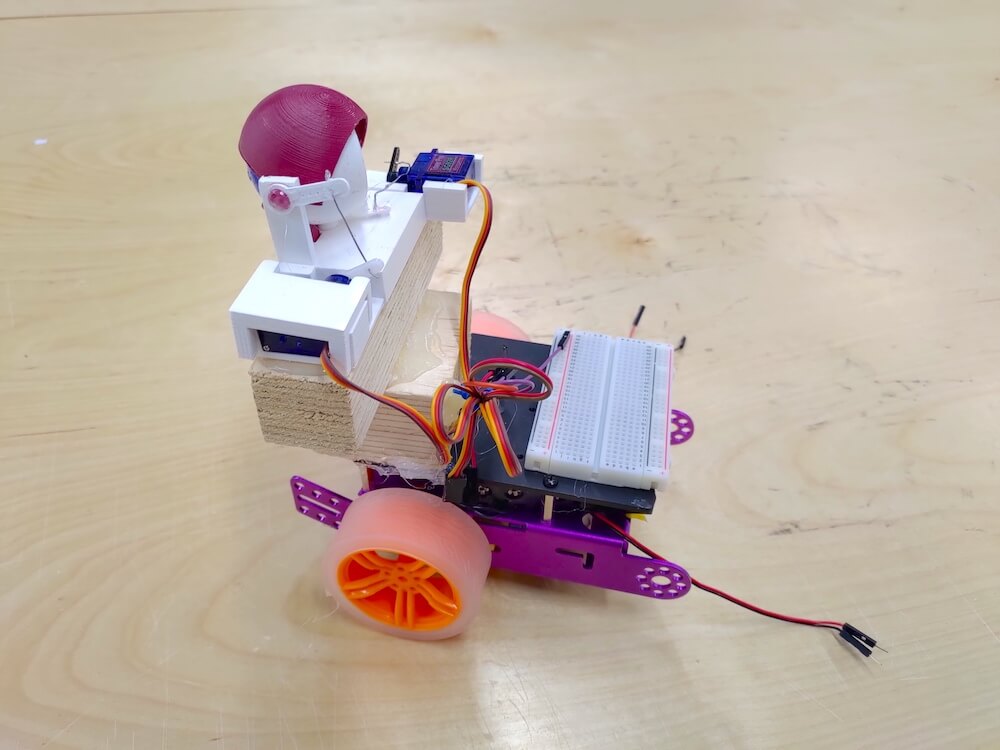 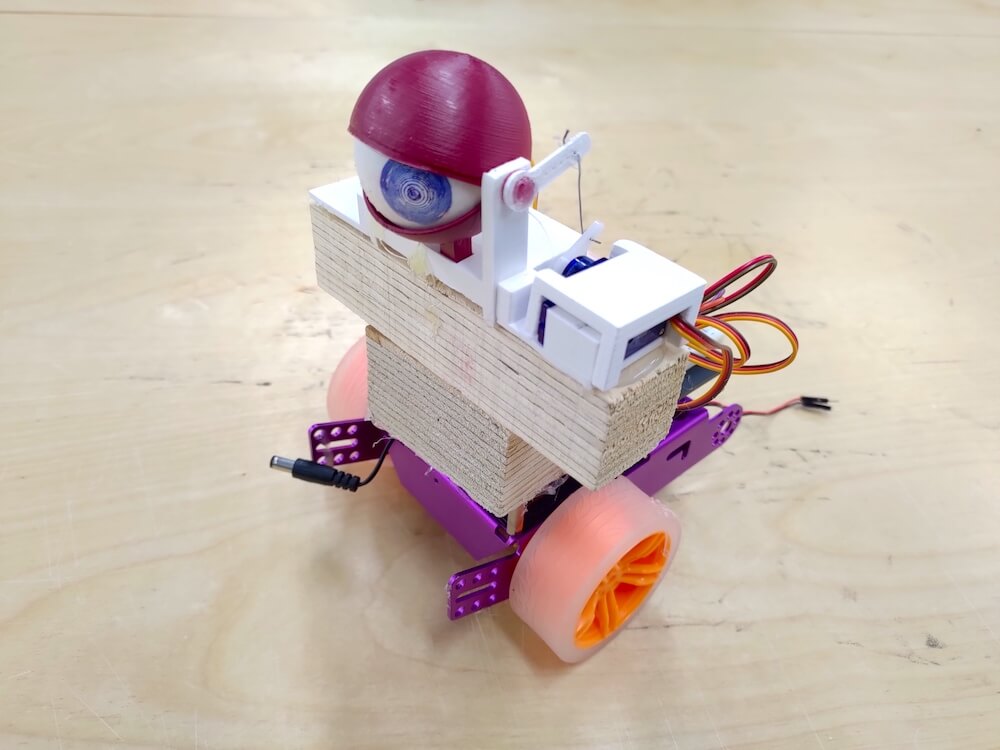 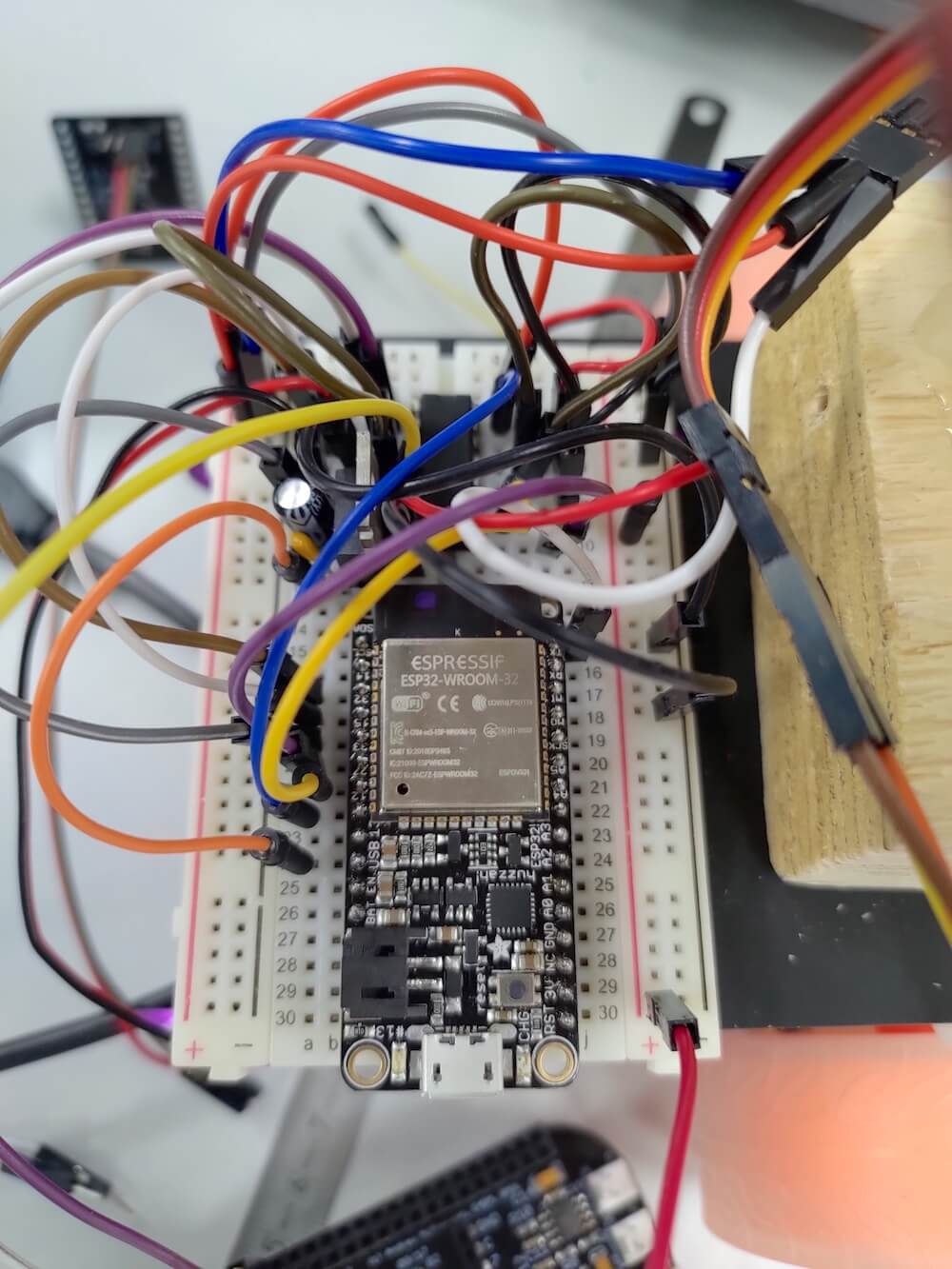 What Does It Do?

This instrumentbot is controlled remotely via a webpage running on any portable devices with the same network as instrumentbot’s.

The project combines these topics:

The instrumentbot is curious about everything around it and wants to start its adventurous trip. However, it doesn’t know the correct direction to adventure and thus rely heavily on audience’s instructions to help it find out a suitable way to move. 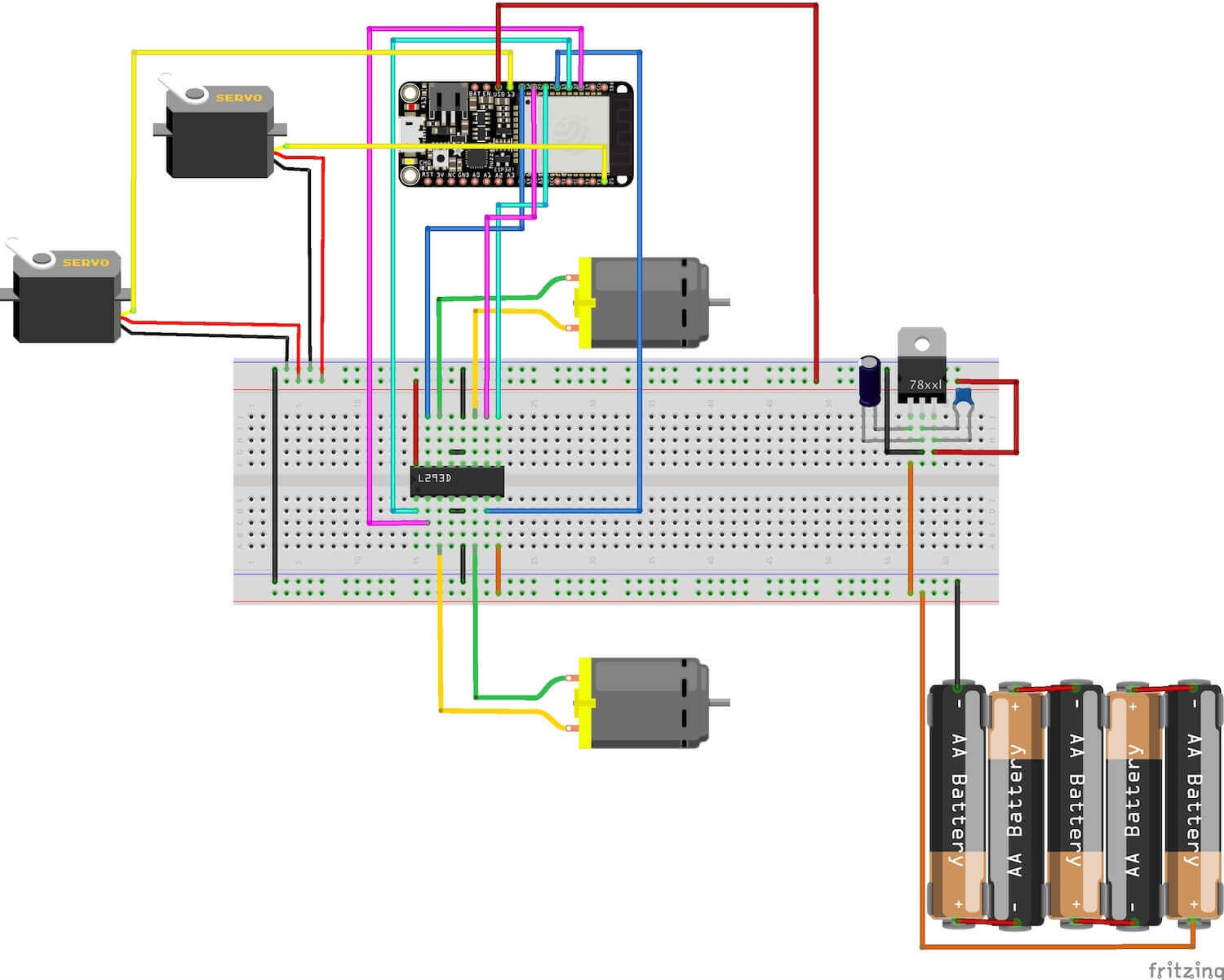 The webpage will be built and uploaded to the server on the instrumentbot via Arduino code.

What Does It Do?

This instrumentbot is controlled remotely by the accelerator of a smartphone within the same network, which means the audience can control the robot by simply turning their smartphone’s face up, down, left or right. Smartphones then identify their orientation through the use of an accelerator, a small device made up of axis-based motion sensing.

The project combines these topics:

There are there Pd patches fulfilling the entire interaction: getOSC.pd and sendOSCToWek.pd run locally whereas _main.pd runs on the Bela board. The code works like this: 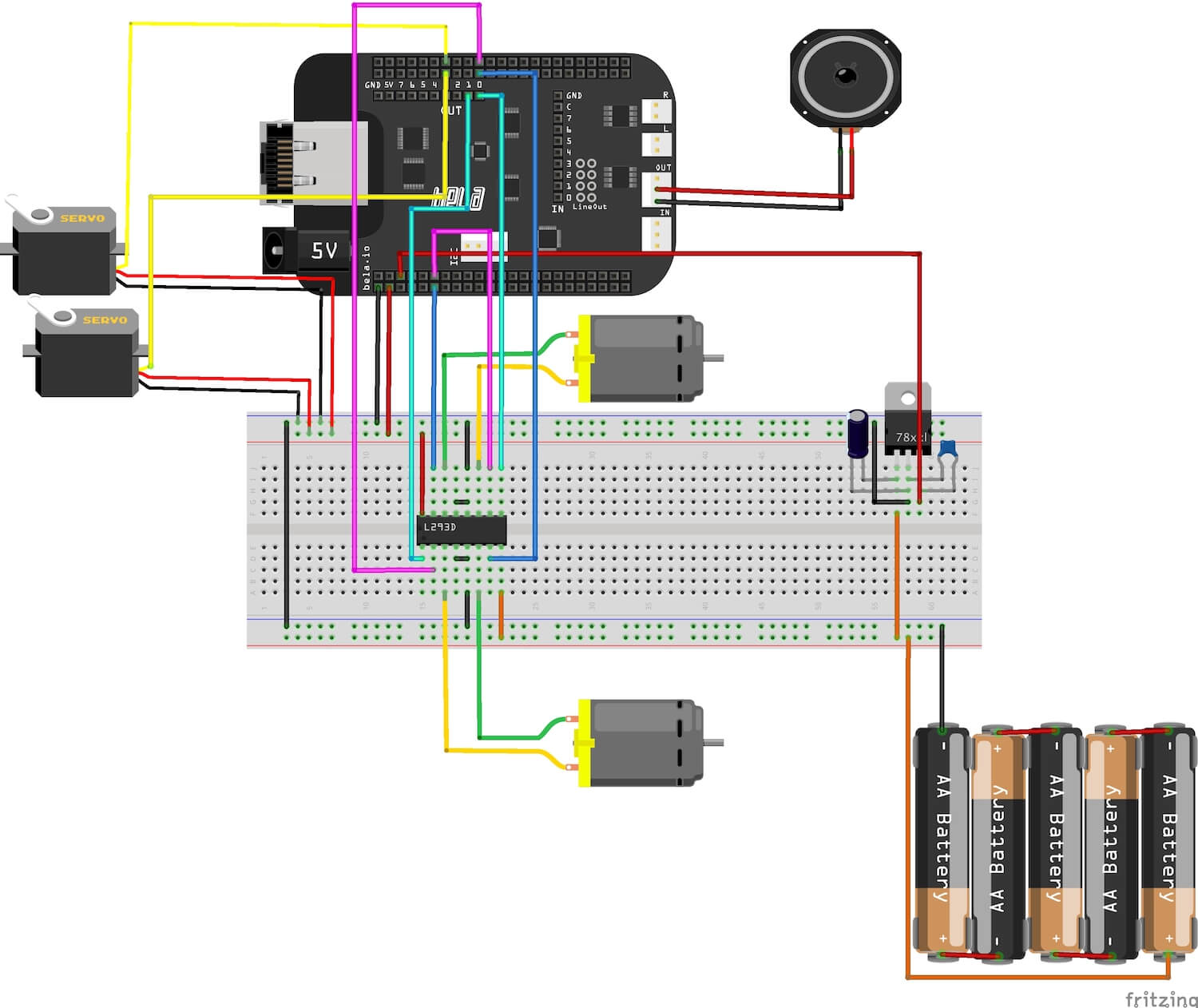 Edit Bela’s network interface by following the command lines from the above tutorial link after plugging the USB WiFi dongle into the Bela board.

Step 2. Generate PWM and output it to control the angle of two servos.

Step 3. Generate PWM and output it to L293D’s ENABLE pins to control the speed of DC motors. 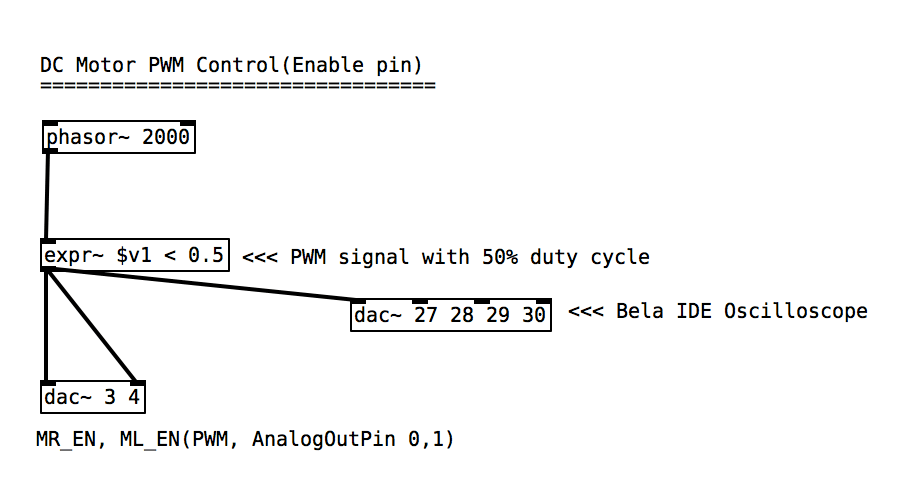 Step 5. PC receives axes’ data from the smartphone and reorganizes it into pure floating-point values. 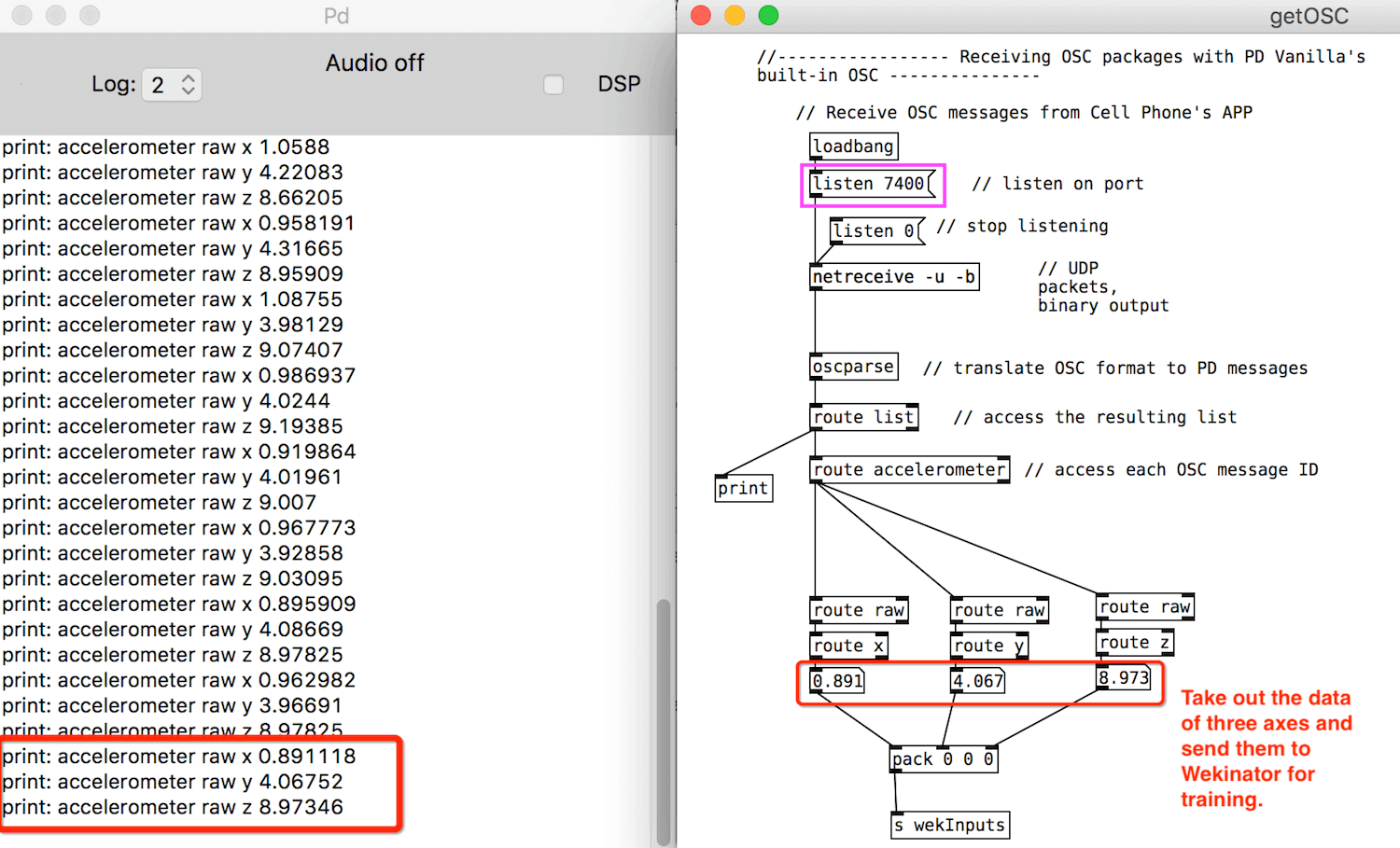 Step 7. The values of L293D’s four INPUT pins are set high or low according to the type of output classes trained by Wekinator. The frequency played by the speaker is also controlled by it. 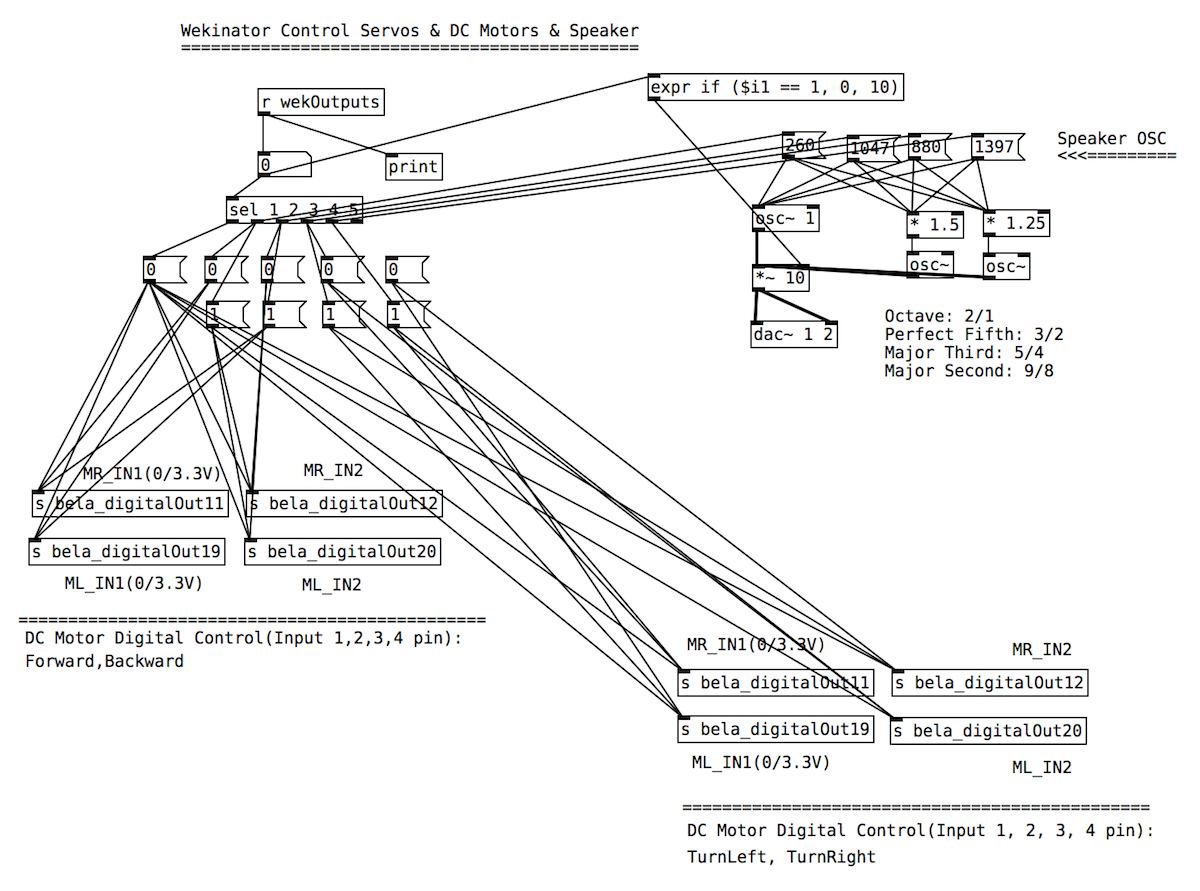